Chalcones are a class of leading compounds with multiple biological activities. Although a number of structural modifications of chalcone focusing on the addition of substituents on the benzene rings have been attempted, it was not particularly helpful to improve the poor water solubility and bioavailability of chalcones. However, glycosylation could greatly change the physical and chemical activities of hydrophobic compounds. Here, we evaluated the ability of a highly promiscuous glycosyltransferase (GT) BsGT1 from Bacillus subtilis ATCC 6633 to biosynthesize chalcone glucosides. Three tested chalcones, 4'-hydroxychalcone (Compound 1), 4'-hydroxy-4-methylchalcone (Compound 2) and 4-hydroxy-4'-methoxychalcone (Compound 3) were all converted to their corresponding β-D-glucosides, chalcone 4'-O-β-D-glucoside (Compound 1a), 4-methylchalcone 4'-O-β-D-glucoside (Compound 2a) and 4'-methoxychalcone 4-O-β-D-glucoside (Compound 3a), by the catalysis of purified BsGT1. To avoid adding expensive uridine diphosphate glucose (UDP-Glc), a whole-cell biotransformation system for in situ co-factor regeneration was employed to provide a natural intracellular environment. The yield of compound 1a, 2a, and 3a could reach as high as 90.38%, 100% and 74.79% respectively. The successful co-expression of BsGT1 and two key enzymes involved in the biosynthetic pathway of UDP-Glc biosynthesis, phosphoglucomutase (PGM) and UDP-Glc pyrophosphorylase (GalU), further improved the conversion rate of chalcones, approximately 10% higher for both 1a and 3a. In conclusion, we demonstrated an effective whole-cell biocatalytic system for the enzymatic approach to obtain chalcone β-D-glucoside derivatives. 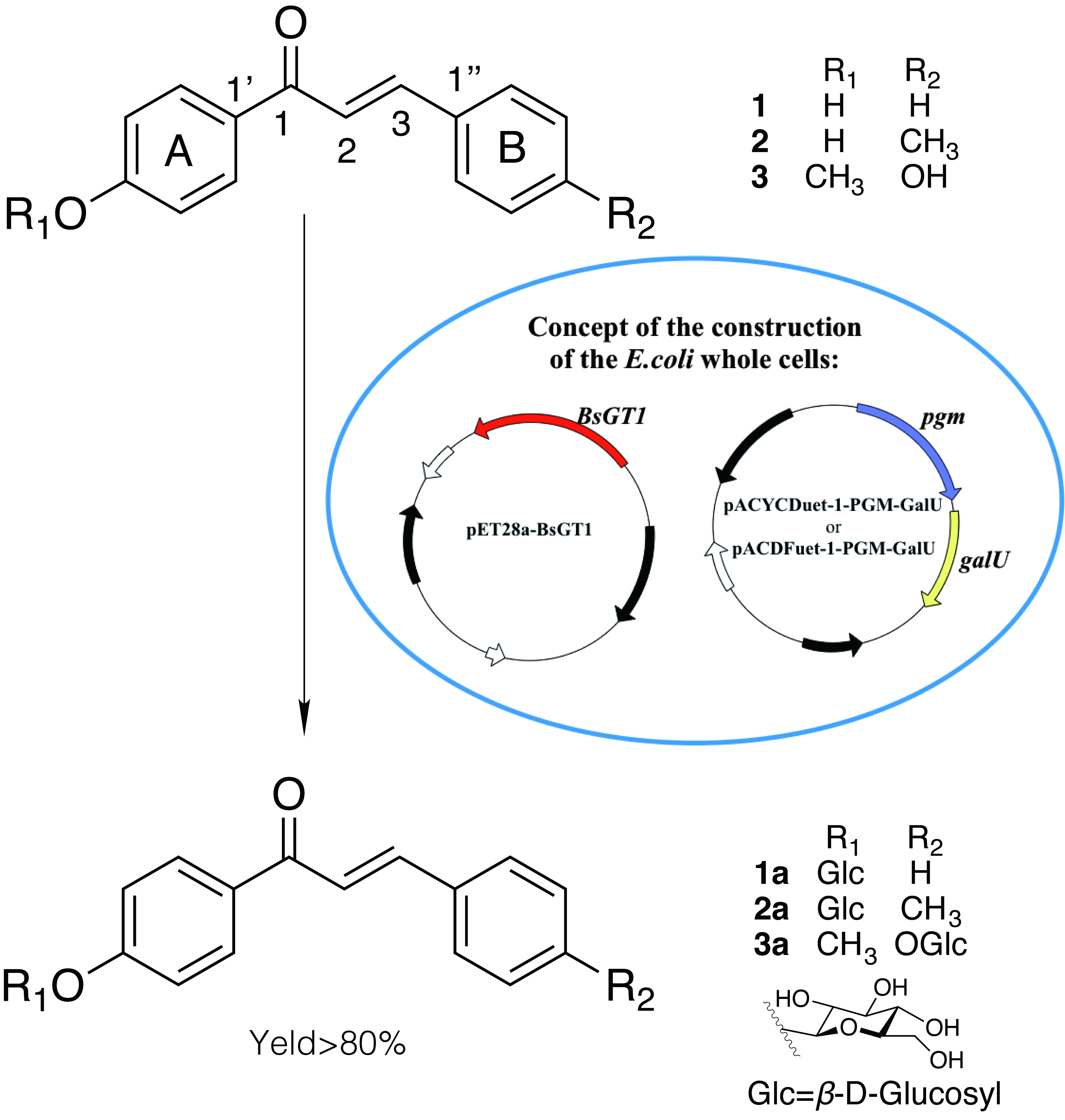